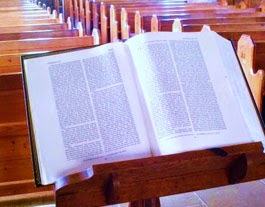 During World War 2 in 1944 a young soldier returning from Burma to Bombay, India heard the preaching of the Gospel in the main street, he then responded to the call of God and was converted. On his return to UK after the end of war, he set up his own business as watchmaker and jeweler.

The belief of the truth brought him to separation to the work of God in 1949. After theological training in London influenced by some of the great preachers of the day engaged in aggressive evangelism becoming Director of two City Missions.


This was followed over a period of years by Pastoral service in seven evangelical churches spread over England. Christian Youth Outreach came into being seeing the need of encouragement and training among young people – this included nationwide street evangelism and the training of many now in full time work for the Lord as Missionaries and Pastors.


Seminars and lectures came at Bible colleges and University Christian Unions. This ministry was not just methodology but an attempt to expound the teaching of Holy Scripture. God owned the work to His glory, not only with precious souls coming to life through the Gospel, but in God also calling many to live godly lives and produce effective service.

After almost 58 years in the Faith, in which almost 53 have been spent in serving the Lord, there is still a crying need for the truth amongst God’s people. The Church of God has turned largely away from preaching and has tried to fill the gap with entertainment, preferring the feather for tickling (2 Tim 4.3) rather than the hammer for heart breaking (Jer 23.29)

Sola Ministry operates as God makes it possible, bringing Bible Ministry, taking doors that God opens; as we freely received we freely give.
Over the years we have had to battle with all types of opposition, the hardest to hear is that of suspicion. We make our appeal as Nicodemus did "doth our law judge any man before it hear him and know what he does" John 7.50.

And so we offer tapes/cd’s free of charge to all who request them and make ourselves available to a World Wide Ministry.